Dr. Kevin Barrett recently gave a talk in Denver entitled Recent False Flag Operations. We will be showing a videotape of that presentation.

Dr. Barrett will then join us via Skype for a live question and answer session following the video. 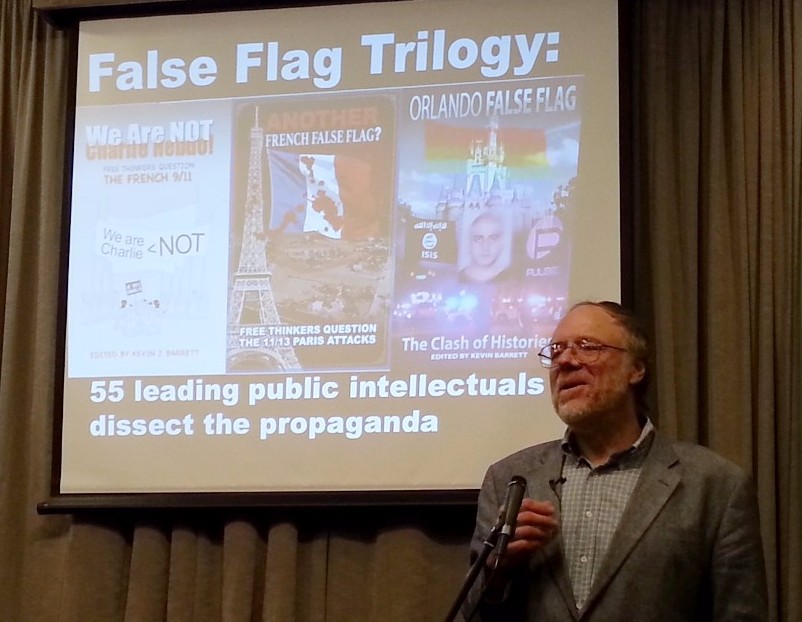 Kevin Barrett, Ph.D., is an Arab and Islamic Studies expert and one of America’s best-known critics of the War on Terror. He is the author or lead editor of seven books, including his new False Flag Trilogy. (See http://FalseFlagTrilogy.blogspot.com.)