Sander Hicks is an award-winning 9/11 investigator and journalist who is running for U.S. Congress in New York City. He is stopping in Denver as part of a national speaking tour. 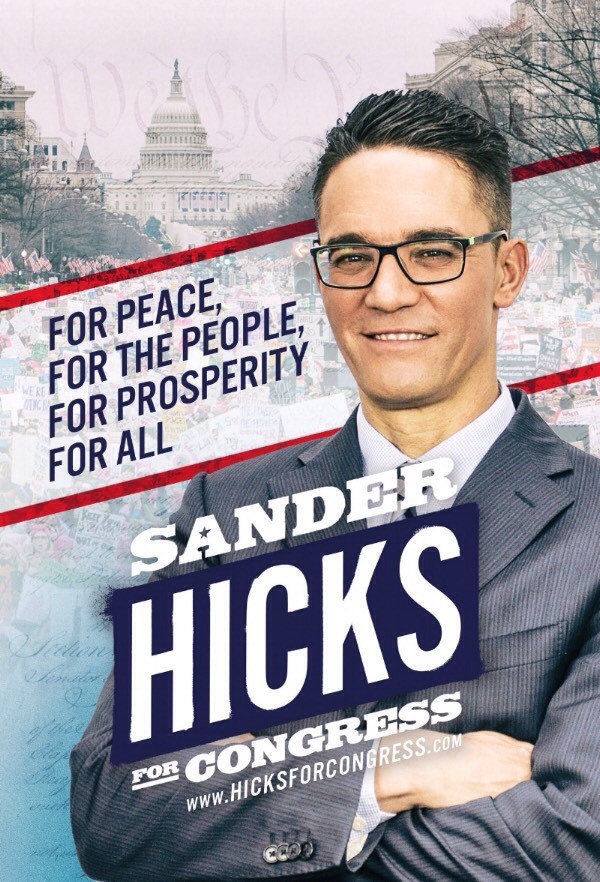 Hicks won national media attention in 2001 as an independent publisher when he issued the controversial Bush biography Fortunate Son by James Hatfield.

He wrote a critical review of The 9/11 Commission Report for the New York Press and also authored the book The Big Wedding: 9/11, the Whistle-Blowers, and the Cover-Up (2005).

In 2007, he worked with We Are Change Colorado in Loveland when they confronted former New York City mayor Rudy Giuliani.

In 2017, Hicks won a commendation from the Louisiana State Senate for his research and reporting on the death of a local 9/11 whistleblower.

As a candidate, he is running on a platform of “Peace, Populism and Prosperity for All” and hopes you’ll support sending “a fearless change-maker and proven activist” to the U.S. Congress.

At the Mercury Cafe, he will speak and answer questions. Donations to Hicks for Congress are welcome. You may buy dinner and drinks (cash or checks only) to support this great venue.

For more information on his campaign, visit: www.hicksforcongress.com