Media complicity in suppressing the evidence related to 9/11 is arguably the greatest barrier to exposing what happened that day.

Fran Shure, M.A., L.P.C., co-founder of Colorado 9/11 Truth, has written a series of articles for Architects and Engineers for 9/11 Truth (ae911truth) entitled Why Do Good People Become Silent – or Worse – About 9/11? 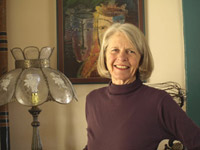 Click on the title below to read her latest installment (Part 21), The Role of the Media: Act I – Whatever Happened to Investigative Journalists? as it appears on the AE911Truth website.

The Role of the Media: Act I – Whatever Happened to Investigative Journalists?

All 20 of her earlier articles may also be found on the AE911Truth website, including Part 20: Those Who Lack Conscience and Empathy: The True Sociopaths.  All segments are a synthesis of academic research and clinical observations.