Greetings! We have some exciting summer news and updates for you. 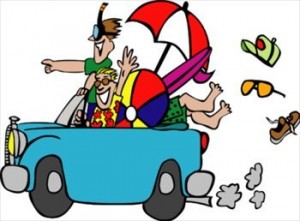 Monthly Meetings on Summer Break
We’re taking a break from our monthly meetings and videos for June, July, and August in order that we all might enjoy summer vacations and activities. Look for our next meeting announcement in September.

New Website Up and Running!
We’re excited to announce the launch of our new website, which has a fresh look and more features. Check it out at https://colorado911truth.org/. We hope you enjoy the improvements.

Save the Date!
Kevin Barrett to Speak on Sunday, July 19, 3:00 p.m., Mercury Cafe in Denver
Dr. Kevin Barrett, longtime 9/11 Truth activist and host of Truth Jihad Radio, will be speaking on his newly edited book, We Are NOT Charlie Hebdo! Free Thinkers Question the French 9/11. His talk is sponsored by Colorado 9/11 Truth and ArgusFest.

Only one version of the Charlie Hebdo affair made the mainstream media: “Muslim extremists kill cartoonists and Jews.” An officially-orchestrated response – “Je suis Charlie” – followed. But is there another side to the story? Even as millions marched for Charlie, millions more sensed that something was very, very wrong and suspected the whole affair was a false flag operation.

Dr. Kevin Barrett, an Islamic Studies expert, is one of America’s best-known critics of the War on Terror. He has authored and edited several books, including Questioning the War on Terror.  Dr. Barrett has appeared many times on Fox, CNN, PBS and other broadcast outlets, in addition to inspiring feature stories and op-eds in the New York Times, the Christian Science Monitor, the Chicago Tribune, and other mainstream publications. A former teacher of French, Arabic, Islamic Studies, Literature, and Humanities, he currently works as nonprofit organizer, editor at Veterans Today, and pundit at Press TV, Russia Today, al-Etejah and other alternative media channels. His website is www.TruthJihad.com.

Watch for more information closer to the event date.

Outreach at People’s Fair a Huge Success!
Colorado 9/11 Truth had a tent at the Denver People’s Fair on June 6th and 7th. Hundreds of people stopped by to read our posters and banners, take a DVD, or talk to volunteers staffing the booth. Photos and stories of our interactions with the public will follow in a separate email.

We wish you an enjoyable summer!