Colorado has gained two new reasons to be proud recently: While Mississippi retains its title as Fattest State in the nation (a reign almost as long Joe Paterno’s), Colorado is now the Slimmest State. Which means one of the healthiest. I guess there is not much to do in Mississippi except eat. 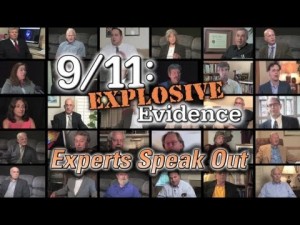 And only one state in the nation has been gutsy enough to broadcast a new documentary to the whole nation: 9/11: Explosive Evidence: Experts Speak Out, thanks to Colorado PBS Channel 12 in Denver. It will air again tonight at 10 p.m., or you can watch it online at www.cpt12.org.

The documentary is a production of the lobbying group AE9/11 Truth (ae911truth.org), an organization of over 1,600 professional architects and engineers who have all endorsed the group’s findings and signed a petition for a new investigation. These are no tinfoil hatters, but top experts in their field who dispute the official findings of the NIST (National Institute of Technology and Standards) and conclude that overwhelming evidence proves that internal demolitions were used to bring down the Twin Towers on 9/11. They are not alone: Other organizations supporting this conclusion include lawyers, firefighters, medical professionals, military officers, and pilots for 9/11 Truth, as well as a group of victims’ families.

I won’t belabor all the abundant evidence here — it is available in dozens of books, websites and videos. The links cited above are a good start. But I will examine a good deal of the history both pre- and post-9/11 that too many of my fellow citizens are blissfully ignorant of.

In 2000, a group of neo-conservatives, the Project for a New American Century, published a paper, “Rebuilding America’s Defenses” advocating a massive increase in military spending to pursue global domination while noting that the “…transformation, even if it brings revolutionary change, is likely to be a long one, absent some catastrophic and catalyzing event, like a new Pearl Harbor.”

The neo-cons’ prayers were miraculously answered: Many of them were appointed to positions of power in the Bush Jr. administration, and they soon got their “new Pearl Harbor” and their revolution, effectively gutting over 200 years of constitutional tradition and a body of international law established after the Nuremberg trials. That revolution is still under way, pursued without much question by majorities of both the Republican and Democratic parties, despite the staggering costs to the nation on any ledger you care to name.

According to the Eisenhower Research Project at Brown University, the wars in Afghanistan, Iraq and Pakistan have killed over 31,000 allied soldiers and contractors, 137,000 civilians, and created more than 7.8 million impoverished refugees. With expenses for medical care of wounded veterans and their benefits, the wars will cost between $3.2 and $4 trillion added to our deficit. Since most of these costs have been funded by borrowing rather than increased taxation, as in all of our previous wars, the interest alone could amount to another $1 trillion eventually.

As detailed by the Washington Post, a vast, out-of-control, ridiculously expensive and redundant surveillance complex has flourished since 9/11, doing more to erode our civil liberties than stop terrorism.

Our overstressed veterans are now committing suicide at a rate of over 30 per month. In the dungeons of Guantanamo, Bagram and a network of CIA “black sites” around the world, dozens of innocent victims have been imprisoned or renditioned for torture (e.g., Canadian citizen Maher Arar) with no compensation or apology by our government. Some of them, whether guilty or not of supporting terrorism, have been tortured to death. For anyone still cherishing the ideals established by our Founding Fathers, these acts can only be viewed as abominations that disgrace our flag.

And still we descend further into bloody madness, now resorting to “double-tap” drone strikes in Afghanistan and Pakistan: First responders and rescuers helping the victims, many of them innocent civilians, are hit with a second drone missile — exactly the sort of despicable tactic that we have condemned Hamas and other terrorist organizations for.

Benjamin Netanyahu, who blurted that “it’s very good for us” after 9/11, is doing his best to drag the U.S. into yet another war with Iran, so that Israel can continue its illegal occupation and expansion in the West Bank without opposition. It’s clear that for both the Likudniks in Israel and our bloated military-industrial complex, peace would be the ultimate disaster, to be avoided at all costs. Both seem to have a stranglehold on our politicians. I mourn this abysmal state of affairs as much as I mourn the nearly 3,000 victims of 9/11, which many responsible and completely sane citizens have come to believe is a monstrous lie.

Travis Kelly is a web/graphic designer, writer and cartoonist in Grand Junction. See his work or contact him at www.traviskelly.com.