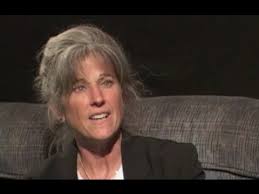 Kathy McGrade, a Silicon Valley engineer, has read the entire NIST report on the collapse of World Trade Center Building 7 on 9/11 and she has a sharp critique of the government’s account of the collapse of the building.

Don’t miss this opportunity to learn why Building 7 is important and why there are now over 1500 architects and engineers calling for a new investigation into the collapses of the Twin Towers and Building 7.

Kathy earned a B.S. in Metallurgical Engineering from New Mexico Tech in 1979. She then moved to the Bay Area and was one of the first engineers in three different Silicon Valley start-up ventures.  The first was Starstruck, a privately funded rocket launch system for delivering satellites to low earth orbit.  (So yes, she is a rocket scientist.)  The second was Metcal, which combined two lesser-known material properties in the design of self-regulating heating devices, and the third was Crystallume, where Kathy and two others built a system in a garage, the first ever, to grow diamond from methane gas.

Kathy now owns a company that inspects and tests fire trucks and fire service ground ladders.  Her job is looking out for the safety of firefighters, which is one of the main reasons why she feels deeply about the events of 9/11.  After studying the evidence extensively, she is certain that our firefighters were sent into buildings that had been pre-wired for controlled demolition.  This knowledge derives from her training and experience, and her conscience is what motivates her to speak out.

Kathy will be presenting to us the official theory for the collapse of Building 7, the third building to fall on September 11, 2001. The final NIST* report concludes that office fires alone heated long span beams, collapsing the framing structure on 9 floors around one column, leaving the column unsupported so that it buckled, and global collapse of the entire building then progressed in 16 seconds, leaving only a pile of rubble.

We’ll walk through each of the failure events identified, and then ask if this collapse theory is plausible, or not. You are encouraged to participate in this 3-dimensional presentation as we look at the construction of the building and then ask if the normal office fires alone could have brought down WTC7 in the manner observed in the videos of the actual collapses.  This is what NIST wants us to believe.  Do you?

No construction or engineering experience is needed to follow along, only the ability to think for yourself (and faith in gravity).  Kathy is one of more than 1,500 engineers and architects who call for a new investigation of the 9/11 WTC building collapses.

*NIST: National Institute of Standards and Technology, an agency of the US Department of Commerce.

Open to the Public – Suggested Donation $10 – No One Turned Away

Directions to the First Universalist Church

We Are Change Colorado