It’s true! The Democratic Platform for the state of Colorado is the first major party in the US to call for a new investigation into the official story of the events surrounding 9/11.

It started in 2004 when I, a complete novice in political processes, decided to participate in my precinct caucus in order to try to make a difference here in Colorado.

The night before, I learned that the caucus is also a time to bring policy resolutions for consideration. Hurriedly, I wrote a resolution for a new, independent investigation into 9/11, figuring that here is an opportunity, at least, to educate a few more people.  To my surprise, my precinct caucus neighbors voted for it! 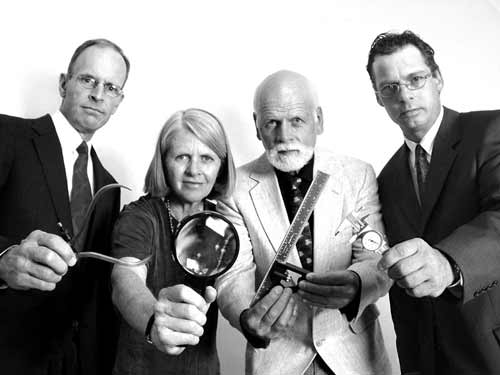 The next step was to get it passed at the county level: the Denver County Assembly and Convention.  To do this, I needed to get 10% of the attendees to sign a petition—another chance to educate more people! I needed 200 signatures, which I managed to get with the spontaneous help of a couple of other 9/11 truth activists.  Now I could present this resolution to the Assembly, at the end of a long hard day, which wound up being attended by about 100 of the most serious participants.

Managing to transcend my considerable stage fright, and fearing I might be tarred and feathered, I read the full resolution aloud. The call for a vote came.  To my shock, the resolution passed by 98%!

Discovering that the next step was the Colorado Platform Committee, I attended that meeting. Other dedicated activists were there as well, trying to figure out this mysterious process. (We could attend and comment, but not vote.) We were stunned to see that the Committee did not even have copies of the passed county platforms by which to determine what should be included at the state level.  They were just going to decide unilaterally what they wanted on the state platform!

I firmly but politely confronted the chair of the committee about this.  He replied testily, “We’re doing the best we can!” (I.e. sit down and shut up!) I replied back as testily, “No, you are not! Democracy has just flown out the window!”

Those more politically savvy than I informed me that the Democratic Party is controlled from the top down. What people want at the grassroots is not welcome, and when controversial resolutions are passed, they can be mysteriously removed at the state level.  The State Platform Committee balks at including any resolutions not supported by the party’s presidential candidate—just the opposite of how a representative democracy is supposed to work.

Not to be deterred, in the months following, a few of the citizens who had been educated by our Colorado 9/11 Truth speaking events joined the Colorado Democratic Platform Committee.  In 2008, these people informed other committee members about the need for a new 9/11 investigation. In this same year, other Colorado citizens presented resolutions in their caucuses and county assemblies across the state.  This time, they actually reached the Colorado Democratic Platform Committee, and, lo and behold, the following resolution was passed:

“We hereby declare that the investigations into the 9/11 terrorist attacks, the illegal invasion of Iraq, Abramoff and other lobbyists, the hurricane Katrina response, and other major issues were inadequate and warrant review.”

Not at all unhappy with this, several of us proceeded to try for a stronger statement in 2010, beginning with the precinct level. At my precinct caucus, there was a backlash waiting, and I was unsuccessful. Other activists, however, were successful in getting their resolutions passed at precinct and county levels.  To my utter surprise, the Colorado Platform Committee kept the previous resolution and added another to the 2010 Colorado Democratic Platform:

“Whereas many disturbing facts were consciously ignored by the 9/11 Commission; Be it resolved, therefore, that the CDP calls for the establishment of a truly independent Grand Jury and public investigation into these and other anomalies in order to find the truth of the September 11, 2001 attacks, so that we have a greater probability of preventing attacks of this nature in the future.”

Now understanding the controlling and top-down nature of the Democratic Party, I fully expect a backlash, and realize that the grassroots desire for a new investigation into 9/11 will likely never be considered by the Democratic National Committee (unlike the Green Party2). However, activists in any state with the caucus system3 can use this political process to at least educate our fellow citizens.  It is a rare opportunity in which the audience is right there waiting for us to speak our truth!

The 2008 version of the resolution may be viewed at:
https://colorado911truth.org/2008/09/11/colorado-resolution-to-establish-a-new-fully-independent-investigation-of-september-11th-2001/

The Resolution presented at Shure’s caucus in 2010 may be viewed at:
http://coloradodems.org/docs/2010PlatformWeb.pdf

[1]   There are two methods by which states choose their delegates and pass resolutions for the national conventions: the caucus and the primary.  Caucuses are simply neighborhood meetings, open to all registered voters of the party, in which delegates and resolutions are chosen for the county conventions and assemblies.  The states that have primaries do not have this grassroots advantage.  They are open to all registered voters, and voting is done through a secret ballot as in general elections.

[2]   In 2004, the National Green Party called for an independent commission, with full participation of surviving family members, to investigate the government’s handling of 9/11 and information leading up to the attacks.  To date, this is the only national political party to support a new, independent investigation.