Colorado 9/11 Truth does not endorse or support any political party, but we will acknowledge parties or candidates who clearly call for a new investigation into the attacks of September 11, 2001. Jill Stein, 2016 Green Party presidential candidate, has made such a statement, which we are pleased to share with you.

As listed in 9/11 whistle-blower Kevin Ryan’s blog post, here are some of Stein’s key points:

We also recognize the Colorado Democratic Party for including planks in its platforms from 2008 until 2014 that called for a real 9/11 investigation.

On the 15th Anniversary, We Need to Learn the Full Story of 9/11 and to End the Catastrophic Wars on Terror That Followed 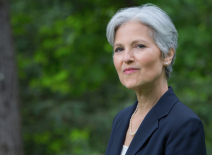 Fifteen years ago the world reacted in horror as more than 3,000 individuals were murdered. We honor those victims, and the heroic first responders of that day.

The same day the Green Party issued a statement calling for this act of terrorism to be treated as a crime against humanity and for the culprits to be criminally prosecuted. We pleaded, “Do not turn our cries of grief into a cry for war.” Our national leaders and the corporate media ignored us.

The Stein/Baraka campaign stands for truth and transparency in politics. Since September 11 of 2001, secrecy and lies, endless war, torture, and a frightening “surveillance state” have become the new normal. On the 15th anniversary of 9/11, it is past time for sober reflection and public discourse about this tragedy.

We now know with absolute certainty that fraudulent claims of “weapons of mass destruction” and of links between Saddam Hussein and al-Qaeda were used as pretexts to invade Iraq. That illegal and immoral war cost the lives of over 4,000 US soldiers and maimed and wounded almost a million more. In Iraq, another million people were killed.

Fifteen years later, American troops are still in Iraq and Afghanistan. The pretext of “humanitarian relief” was used to invade and devastate Libya. And the escalating violence has intensified the Syrian civil war into a disaster of the highest order. The Obama administration has expanded a drone war into Pakistan, Yemen and other countries. Hundreds of thousands of people—many of them children—have died as a result of the invasions. Millions more have become refugees.

The September 11 attacks were used to launch a war against terrorism, yet terrorism has soared worldwide. This war has been used as an excuse to squash civil liberties and to scapegoat Muslims and other immigrants.

This year the Islamic celebration of Eid al-Adha coincides with the anniversary of the tragic events of September 11. We join with people of all faiths and beliefs in standing with our Muslim friends and neighbors and demand an end to Islamaphobia in public discourse.

The Green Party calls for a complete, thorough, impartial, and independent investigation of the terrorist attacks of September 11, 2001, including the role of the administration of George W. Bush, various U.S. based corporations and interests, and other nations and third parties.

Colorado 9/11 Truth now has a Facebook page. Please LIKE us to get notices of upcoming events and actions. Go to https://www.facebook.com/CO911Truth/?hc_ref=PAGES_TIMELINE