Please note: This month, Boulder will offer a live presentation on global warming by Dr. Marty Walter, whereas Denver will screen the film 9/11 in the Academic Community. Please join us for both!There will be no meeting in Grand Junction this month.

As we know, the issue of climate change is highly politicized and creates strong emotional reactions, similar to the topic of 9/11. This month, we have the opportunity of hearing an in-person presentation from Professor Marty Walter of CU’s Mathematics Department. 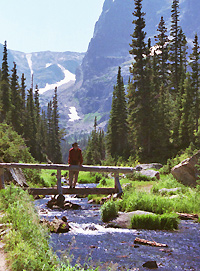 Martin Walter has been a professor in the Department of Mathematics at the University of Colorado at Boulder since 1973. Dr. Walter is a Sloan, Woodrow Wilson, and National Science Foundation Fellow as well as a member of the American Mathematical Society and Mathematical Association of America. He has lectured on every continent except Antarctica.

In his book, Mathematics for the Environment, he mentioned on page 412 (with a plausibility argument) that the NSA is monitoring and storing all electronic information. This was several years before Edward Snowden confirmed it. Chapter One of his book is on climate change, and Chapter Two is on the basic mathematics of our financial system, and why 2008 will likely be repeated, only worse.

Regarding the topic of climate change, Dr. Walter states, “Everyone is free to still deny climate change/global warming, but please do not in one breath claim the mantle of science to explain 9/11, and then not be aware of…the science of global warming.”

The critically acclaimed new documentary 9/11 in the Academic Community  (75 minutes), directed by Adnan Zuberi,  is a winner of the University of Toronto Film Festival. This is a unique film that explores the taboo of critically examining the U.S. government’s account of 9/11 within our academic institutions in North America.

This documentary probes the repercussions several scholars have endured due to their personal independent investigation of 9/11. Their experiences beg the question, “How is it that walls of silence and denial have been constructed within institutions of ‘higher learning’ where objective analysis and open discussion supposedly are their hallmarks?”

Additionally, it provides an analysis of methods designed to squelch analysis, ranging from the use of the pejorative term “conspiracy theory” to the self-censorship and peer pressure that restricts scholarly inquiry, while also addressing the broad implications of 9/11.

Through powerful reflection on intellectual courage and the purposes of academia, the film aims at changing intellectual discourse on 9/11 and the War on Terror.

Morton Brussel, Professor Emeritus of Physics at the University of Illinois at Urbana-Champaign, has stated, “The main thesis of the film concerns the silence of the academic community on this vital issue. I think it is extremely important and very well produced.”

For further praise of 9/11 in the Academic Community and for a wealth of related references, which you will surely find both fascinating and relevant, please scroll below the meeting details.

*Admission is free, donations are welcome, and buy a beverage from Hooked on Colfax to support them.*

Mark your calendars! Colorado 9/11 Truth Video and Action Meetings are held the 4th Wednesday of each month in Boulder.  *Admission is free, donations are welcome.*

Parking: Free parking is available after 5:00 PM on Colorado Avenue or in CU Lot 359 due west of the Math Building (but very competitive when school is in session). Paid parking ($4 flat fee) is available in Lot 360 directly across the street from Folsom Field Stadium.

Meeting Timeline:
6:00 – 6:15  Announcements
6:15 – 8:30  Presentation by and Discussion with Dr. Marty Walter
Note: The live presentation replaces the film this month.

FURTHER PRAISE OF 9/11 in the Academic Community:

I hope that this material will be made available to the wider international academic community in order to foster a wider, fact-based discussion among researchers and students alike.
– Friedrich Steinhäusler, Professor of Physics at Salzburg University, Former Co-Director of the NATO ARW on Catastrophic Terrorism, Past Chairman, US/German Transatlantic Expert Group on Terrorism

Academic freedom protects scholars who report inconvenient truths from the uninformed, but, as Adnan Zuberi [the film’s director and producer] reminds us, academic freedom is also the responsibility of scholars to pursue the truth.
– Dr. Roger W. Bowen, Former General Secretary of the American Association of University Professors, Professor of Political Science and President of the State University of New York at New Paltz

This documentary confronts the academy’s uncritical response to the defining event of our times. It is an essential viewing for everyone in academe.
– Lance deHaven-Smith, Professor of Public Administration and Policy at Florida State University, Former President of the Florida Political Science Association

As an academic, I found the film to accurately describe how academics tend to deal with controversial issues.
– Hendrik Van den Berg, Professor of Economics at University of Nebraska-Lincoln, Former Foreign Service Officer, U.S. Department of State

Watch a 3-minute preview of the film: Preview: 9/11 in the Academic Community
http://www.youtube.com/watch?v=OFzVKDdCa6s

Read a highly recommended article: “The CIA and the Media,” by Carl Bernstein, which exposes a little-known and hidden aspect of how important information and evidence get suppressed or dismissed by media and academia. Known as Operation Mockingbird, this covert control and manipulation of information was initially revealed in the 1975 Church Committee Senate Hearings investigation into the illegal operations of the CIA and FBI, including fomenting coups against democratically elected governments, plotting assassinations of foreign leaders, and disseminating propaganda.
http://www.carlbernstein.com/magazine_cia_and_media.php

Also see the 1967 memo from the CIA to their foreign and domestic media assets, with specific instructions and talking points to be used in order to discredit critics and squelch criticism of the Warren Commission Report. This document caused quite a stir when it was discovered in 1977. Dated 4/1/67 and marked “DESTROY WHEN NO LONGER NEEDED,” this document is a stunning testimony to how concerned the CIA was over investigations into the Kennedy assassination.
CIA Document #1035-960, marked “PSYCH” for Psychological Warfare Operations, in the division “CS,” the Clandestine Services, sometimes known as the “dirty tricks” department.
RE: Concerning Criticism of the Warren Report
http://www.realhistoryarchives.com/collections/assassinations/jfk/cia-inst.htm

The CIA and the News Media – Eye-opener Preview
http://www.corbettreport.com/the-cia-and-the-news-media-eyeopener-preview/

CIA and Academe – The CIA and International Relations Scholarship
http://dgibbs.faculty.arizona.edu/debate_cia_and_academe
(links to several documents and articles)

The CIA and Tulane [University]
http://www.tulanelink.com/mind/CIA_box.htm

CIA On Campus: The Intelligence Community Reemerges After 9/11 As a Force in Academia
http://www.democracynow.org/2002/11/13/cia_on_campus_the_intelligence_community

Conspiracy Theory in America, by Professor Lance deHaven-Smith
http://books.google.com/books/about/Conspiracy_Theory_in_America.html?id=TilCeCKDujQC
(Scroll down to Contents and click on any chapter to read selected pages from the book.)

9/11 and the Orwellian Redefinition of “Conspiracy Theory”
http://www.globalresearch.ca/9-11-and-the-orwellian-redefinition-of-conspiracy-theory/25339
By Dr. Paul Craig Roberts; former Assistant Secretary of the US Treasury and Associate Editor of the Wall Street Journal. Roberts has held numerous university appointments.