This month marks the 46th anniversary of the assassination of Dr. Martin Luther King. To honor his life, we will screen the rarely seen documentary “Inside Story – Who Killed Martin Luther King?” (64 minutes). This film reveals much of the evidence that led up to and was uncovered in the landmark 1999 wrongful death civil lawsuit, King Family vs. Loyd Jowers and Other Unknown Co-conspirators. 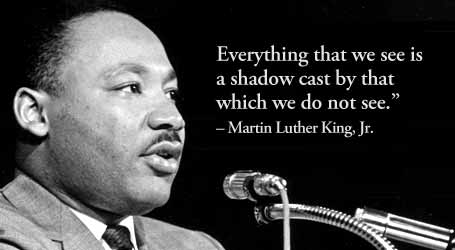 Because of a virtual blackout by corporate-controlled media (only one local network news reporter attended the courtroom proceedings), most Americans are not aware of this historic trial, which lasted over four weeks and included testimonies from over 70 subpoenaed witnesses. The jury, after only one hour of deliberation, reached a unanimous guilty verdict, finding that Loyd Jowers, agents of the Memphis Police Department, the CIA, the FBI, and organized crime mafia kingpins had conspired to commit the murder of Dr. King.

Mrs. Coretta Scott King stated during a press conference following the trial, “The jury also affirmed overwhelming evidence that identified someone else, not James Earl Ray, as the shooter, and that Mr. Ray was set up to take the blame. I want to make it clear that my family has no interest in retribution. Instead, our sole concern has been that the full truth of the assassination has been revealed and adjudicated in a court of law…”

Attorney Dr. William Pepper, who represented the King family in that civil lawsuit, is also featured in this revealing documentary. He detailed the evidence and the wrongful death civil trial in his book, An Act of State: The Execution of Martin Luther King. Though breaking news, Pepper’s book was not reviewed by the mainstream media.

This momentous court case should be widely known by Americans and taught in American public schools and universities, but sadly, most Americans remain uninformed about the truth of Dr. King’s assassination.

Following the screening of the film in Denver, attorney Earl Staelin will give a short presentation on the court case and some details not covered in the film, followed by a Q and A and discussion.

Please join us this month as we screen this exceptional documentary, which exposes yet another piece of the bigger picture, and which also shines light on the machinations behind the numerous State Crimes Against Democracy.

If you are unable to attend this month’s meeting, this documentary can be viewed on YouTube at:

Watch these short videos to learn more about the trial:

Barry Zwicker’s 360 Vision news report on the verdict of the trial.

A clip from a lecture by William Pepper, attorney for the King family in the MLK conspiracy trial, which was won by the King family. He discusses the assassination of MLK as described in the book: “An Act of State: The Execution of Martin Luther King”.

The King family’s attorney, William Pepper, giving his final summation to the jury.

Related articles about the Civil Case and evidence:

·         For more information regarding the assassination trial of Dr. King. Click here.

·         For more information regarding the Transcription of the King Family Press Conference on the MLK Assassination Trial Verdict December 9, 1999 Atlanta, GA. Click Here

·         For more information regarding the Civil Case: King family versus Jowers. Click here.

And why the media won’t tell you the truth, by Carl Gibson

Mark your calendars!  Colorado 9/11 Truth Video and Action Meetings are held the 4th Wednesday of each month in Boulder.

Parking: Free parking is available after 5:00 PM on Colorado Avenue or in CU Lot 359 due west of the Math Building (but very competitive when school is in session). Paid parking ($4 flat fee) is available in Lot 360 directly across the street from Folsom Field Stadium.

Program: Details can be seen at  http://www.meetup.com/GrandJunctionInfoCinema/events/177553422/