The 9/11 Consensus Panel Honors the Life of JFK

Widespread public awareness of these “state crimes against democracy” is a game-changer for re-opening the past as well as the present.

To honor President Kennedy, the 9/11 Consensus Panel today highlights a scholarly work that meticulously exposes the Warren Commission’s cover-up of his state-crime murder.

Oliver Stone wrote that James W. Douglass’ JFK and the Unspeakable: Why He Died and Why it Matters

“is the best account I have read of this tragedy…it deserves the attention of all Americans; it is one of those rare books that, by helping us understand our history, has the power to change it.”

Jim Douglass, whose work with the “unspeakable” helps us to grasp the ruthless nature of the deep state, writes:

“Dallas laid the foundation for 9/11. If you understand JFK’s murder, you understand it all — including the obvious truth that buildings don’t just fall down the way the U.S. government said they did. The JFK story is a lens of truth through which we can see our world and how to change it.”

“The more I delved into 9/11, the sicker I became. The similarities between both cases — from the actual events to the “official” investigations — are frightening.  Like the JFK case, 9/11 boasts the unapologetic ignoring of the laws of physics and aerodynamics; the destruction of evidence; countless attempts to make the evidence fit a predetermined story; undeniable conflicts of interest of the investigating body; and the preposterous handling of the eye- and ear-witnesses.” 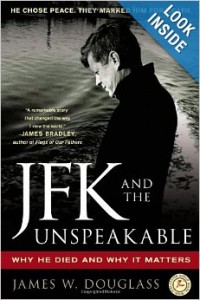 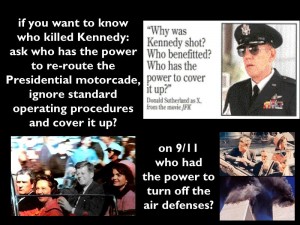 Similarly, Dr. David Ray Griffin’s scholarship shows that 38 years later, the deep state either permitted 9/11 to happen, or caused it to happen.

The 9/11 Commission Report (described by Harper’s Magazine as a “whitewash,” defrauding the nation) contrived a cover-up that has been soundly refuted by many peer-reviewed engineering, physics, and chemistry studies.

The peer-reviewed evidence of the 23-member 9/11 Consensus Panel is available in Dutch, Spanish, Italian, French, and English.