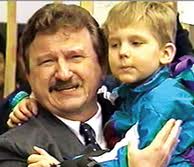 Transparency is desperately needed in many areas of our society, with the healthcare industry being a prime example among many. Colorado Public Television (CPT12) is once more at the cutting edge with its upcoming presentation of the documentary Burzynski: The Movie.

Please forward this announcement, and let your friends know this presentation will be streamed. Do not miss this groundbreaking film!

And please, donate to this highly independent station, which is once more charting a path for other media to follow.

CPT12 will be airing a documentary film that challenges the Food & Drug Administration (FDA) and Big Pharma and gives hope to cancer patients, formerly thought to be incurable, by alerting them to nontoxic alternative treatments. 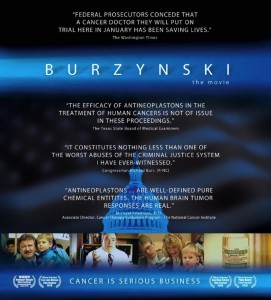 Colorado Public Television (CPT12) will air Burzynski: The Movie, on March 7 at 7:00 PM.

This presentation will feature live in the CPT12 studio both the film’s director, Eric Merola, and Houston’s Burzynski Clinic spokesperson Azad Rastegar. The film will also be available here via web stream during the live broadcast March 7 at 7:00 PM, and again on March 8 at 10:00 PM, and thereafter continuously through June 2013.

Burzynski is the story of a pioneering medical doctor and PhD biochemist, Dr. Stanislaw Burzynski, who—utilizing his discovery of a previously unknown group of peptides in the human body—invented a new, proprietary gene-targeting cancer therapy called Antineoplastons. This documentary takes the audience through the treacherous, yet victorious, 14-year journey both Dr. Burzynski and his patients endured. Dr. Burzynski has obtained FDA-approved clinical trials verifying his discovery of Antineoplastons.  His discovery has resulted in the largest and most convoluted defeat of the Food and Drug Administration in American history.

“CPT12 has a legacy of supporting independent voices—those of filmmakers, artists and innovators,” said Shari Bernson, Director of Development at CPT12. “The station continues to build on a long history of airing content that is ahead of the mainstream media. Our viewers and supporters have let us know that they like to think for themselves, and we strive to provide access to new talent as well as information to help empower people to make their own discoveries and decisions.”

Bernson continued, “Our track record for being ahead of the curve is ripe with examples from local to international music, art, and spirituality, as well as Transparency Content—programs that examine and question the world we live in, ranging from alternative and natural health and wellness to factory farming, genetically modified organisms (GMOs), crop circles, the events of 9/11, and the environment. CPT12 provides a forum for public discussion and we invite you to participate!”

Directed by Eric Merola, the film provides first person testimonials and documented proof of collusion between the FDA and the National Cancer Institute, as well as examples of sabotage and misrepresentation by these organizations. The government and Big Pharma have made multiple attempts to harass Dr. Burzynski by convening grand juries against him, all of which have found no basis for a guilty verdict. Burzynski: The Movie has met with critical acclaim from numerous individuals and media outlets including The New York Times, which on June 4, 2010, offered, “No one appears to contest the efficacy of his treatment; the problem…is a pharmaceutical industry with nothing to gain—and much to lose—from the introduction of a highly successful, nontoxic competitor to chemotherapy and radiation.”