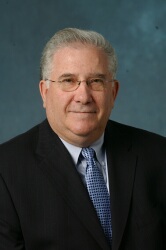 While introducing an interview that appeared on NBC-TV on September 11, 2001, Tom Brokaw referred to Hyman Brown as the “architect” of the World Trade Center’s Twin Towers.[i]

Hyman Brown was not the architect of the Twin Towers.

In an article that appeared on September 10, 2007, The Jerusalem Post referred to Hyman Brown as the “Twin Towers chief engineer.”[ii]

Hyman Brown was not the Twin Towers chief engineer.

Hyman Brown, in various books, articles, lectures, and television interviews has been referred to as the “architect . . . chief engineer . . . project engineer [iii]. . . construction manager[iv] . . . fifth in command ”[v] of the Twin Towers.

In a history of the World Trade Center entitled City in the Sky, architect Minoru Yamasaki is referred to six times, chief engineer John Skilling thirteen times, structural engineer Leslie Robertson eight times, and construction manager Ray Monti six times, but Hyman Brown is not mentioned.[ix] In a personal email to me, Leslie Roberston said that he never heard of Hyman Brown.[x] How could that be? How could the structural engineer not know the identity of the “architect”, the “chief engineer”, the “production manager”? Is that credible?

In an interview with me, conducted in June of 2008, Hyman Brown admitted that he held none of the titles attributed to him. “It was my first job out of college, I was 25 years old, and I was the guy who sharpened the pencils. . . . It was my job to open the trailer and make coffee in the morning.”

But even those modest claims are probably not true.

When I asked him how he could simultaneously be in graduate school in Los Angeles and an engineer in New York, Brown told me that he “commuted” between New York and Los Angeles from 1967 through 1970, but is that credible? The typical salary for a novice engineer in 1966 was approximately $9,000, or $173 a week. The cost of a one-way ticket from Los Angeles to New York during that period was $217.65,[xi] which means that a round trip ticket was probably around $400. To believe that Hyman Brown commuted between New York and Los Angeles on the company’s dime, you have to believe that Tishman Realty, which had a fixed contract of $3.5 million, paid weekly travel fees in excess of salary for a novice engineer, who, by his own admission, did little more than make coffee. Is that credible? It is even less credible that Brown footed the bill himself, since the 1967 cost of a round trip flight was more than double his salary. And even if he did commute, how could he possibly work full time in New York and attend school full time in Los Angeles? No matter how you slice it, the story doesn’t add up.

Why is this information important?

1. Hyman Brown is often cited as an “expert” on the construction of the World Trade Center. In the Tom Brokaw piece, for example, “architect” Hyman Brown “explained” why the Twin Towers collapsed. In a public talk in Boulder, Colorado, “5th in command” Hyman Brown “explained” how the steel beams melted.[xii] Hyman Brown is cited as an authority in documentaries made by the History Channel and the BBC, and even 9-11 Truth champion David Ray Griffin has quoted “construction manager” Hyman Brown.[xiii] Brown’s remarks are considered valuable because he was there. Problem is, he wasn’t there, in all probability, and even if he was, all he did was make coffee.

2. Brown’s “expert analysis” always supports the official Bush administration myth. Always. Brown “explains” why the steel melted and the buildings collapsed, even though his “explanation” has no basis in engineering, architecture, the forensic evidence, the temperature of jet fuel, the melting point of steel, or the laws of physics, and he uses his “authority” as “architect”, “chief engineer”, “production manager”, and “5th in command” to gain instant credibility. And when people believe him, they believe the Official Myth. I know people with PhD’s in the sciences who parrot Bush Administration propaganda because they heard Hyman Brown “explain” it to them. But if Hyman Brown was not “architect”, “chief engineer”, or “production manager”, if Hyman Brown was an undergraduate when the Twin Towers were planned, if Hyman Brown was in California when the Twin Towers were built, if Hyman Brown is a complete stranger to the men who actually built the Twin Towers, what does that say about his credibility?

3. The Myth of 9-11, for which “chief engineer” Hyman Brown is one of the most vocal spokesmen, has been used to justify unprovoked attacks on Iraq and Afghanistan, the murder of between 100,000 and 1,000,000 Iraqi citizens, the building of concentration camps, domestic spying, suspension of habeas corpus, torture, the payment of billions of dollars to shady defense contractors, a national debt that is counted in the trillions, and hundreds of other domestic and foreign policy disasters. Indeed, The Myth of 9-11 is so entrenched that Barack Obama himself pledged to go after the terrorists in Afghanistan. It might seem like an innocent prank to fake your credentials and get on TV, but Hyman Brown’s testimony is far from innocent. He did not create the 9-11 Myth, of course, but he lied in order to perpetuate it, and he lied early, when the myth was still being formed. It would have developed without him, I’m sure, but in his small way, he has been a cog in the Death Machine.xi

The question is, why was NBC News interviewing Hyman Brown in the first place, on the very day of the 9-11 disaster, when he

. . . wasn’t the architect (although Tom Brokaw claimed he was)?

. . . wasn’t the project engineer (although NBC correspondent Roger O’Neal claimed he was)?

. . . wasn’t even living in New York when the Twin Towers were built?

Why did NBC call him? Or did he call them? But if they called him, why? Where did they get his name? He isn’t mentioned in any book I have read about the construction of the Twin Towers. His own resume places him in California during the years when the Twin Towers were built. Why call him when people who played key roles in the project were available? Was his name on a list? And if so, where did that list come from? Who compiled it? Was the Bush administration involved? Why call him when five minutes of fact-checking would have revealed that he was neither “architect” nor “construction manager”? Why did NBC fail to do that fact-checking? And if he called them, why? Was it ego? Was it delusions of grandeur? Was he seeking his 15 minutes of fame? Or was he on the payroll of the Bush administration? Was it Hyman Brown’s job to spread disinformation? And why did NBC bite? Were they merely incompetent or were they actively seeking an “expert” to lend credence to the Official Myth?

I don’t know the answers to those questions. All I know is, something fishy is going on.

Patrick Marks is a member of Colorado 911 Visibility. He can be reached at patrickjer@juno.com

[iv] The position most often attributed to Hyman Brown is “construction manager.” Perhaps 90% of the sources call him that. But according to City in the Sky, The New York Times, and several other sources, Ray Monti was the construction manager at the time the towers were built. Those sources include:

[v] In introducing Hyman Brown before Brown’s 9/19/01 talk about 9-11 at the University of Colorado, engineering department head Hon-Yim Ko referred to Brown as “5th in command” at the World Trade Center. My research has shown this to be untrue, and Hyman Brown himself has admitted it is untrue, so why did Ko say it? Was it a lie that he himself concocted to make his speaker sound more impressive or was he repeating a lie Hyman Brown had told him? In attempting to answer that question, I telephoned Ko repeatedly, but he never returned my calls.

[vi] World Trade Center references come from http://www.skyscraper.org/TALLEST_TOWERS/t_wtc.htm. References to Hyman Brown come from his own resume. See the next note.

[vii] The resume I am referring to appeared on Brown’s website in November, 2007. Since then, his resume has been changed and the dates have been doctored to create confusion regarding his World Trade Center employment. The November 2007 resume clearly stated he was employed at the WTC from 1972 to 1978. The current resume is not specific, but a Brown-friendly interpretation could place him at the WTC as early as 1968. Even then, there’s a problem, because in the NBC interview, Roger O’Neal stated “Hyman Brown was project engineer of the Twin Towers, the man on the ground in charge of making sure the buildings were built right . . . He spent six years building the Towers from Day one in 1966.” Problem is, Brown was living in Los Angeles in 1966, and the six years he spent at the WTC were NOT 1966 through 1972 but 1972 through 1978. Even the current, doctored resume could not be stretched to place him at the WTC earlier than 1968. What’s more, Hyman Brown himself admits that O’Neal’s statement is a complete falsehood. Where did “day one” and “1966” come from? Your guess is as good as mine. Brown’s current resume can be viewed at: http://www.colorado.edu/engineering/civil/cem/Faculty2/Brown/default.htm.

[viii] In an interview with me, he did not deny that his resume said that his starting date at the WTC was 1972, but he said that it was a “misprint.” A misprint? In your own resume? About the most important job of your life?

[ix] Glanz, James and Lipton, Eric, City in the Sky: The Rise and Fall of the World Trade Center, Times books, Henry Holt and Company, New York, 2003. Note that with Yamasaki as architect, Skilling as chief engineer, Robertson as structural engineer, and Monti as construction manager, all jobs that Brown claims to have held have been accounted for.

[x] In that same email, Robertson joked that if Brown were at the Twin Towers during that period, he was probably in charge of “left-handed screwdrivers.”

[xii] My initial knowledge of Brown’s lecture came from family members who attended, but it was also reported in the Boulder Daily Camera. Christine Reid, “Construction manager urges rebuilding”, The [Boulder] Daily Camera, 9/20/2001. (The full article can be viewed online by performing an archive search at the Daily Camera website and paying a retrieval fee. The first three paragraphs can be viewed for free by initiating the search at http://www.dailycamera.com/archives/ with keywords “Hyman Brown” and “University of Colorado”, Section = News, and date range including 9/20/2001.) Since then, I have acquired a videotaped copy of the talk given by Brown at CUand viewed it myself. There are several interesting things about this video. First, although Hyman Brown himself was careful not to make any public claims about his standing, lecture host Hon-Yim Ko introduced him as “5th in command” at the World Trade Center, and Brown made no attempt to contradict Ko, and, as he gave the talk, Brown kept saying “we” did this and “we” did that, as if he were an important decision maker. But by his own admission, he was not an important decision maker. In note number v, I told about my frustrated attempts to interview Ko, but Ko isn’t the only person who tells lies about Brown’s credentials. Tom Brokaw, Roger O’Neil, and The Jerusalem Post all did the same thing. My guess is that Brown feeds people lies, they repeat those lies, and he lets the lies stand, only admitting the truth when he is pressed.